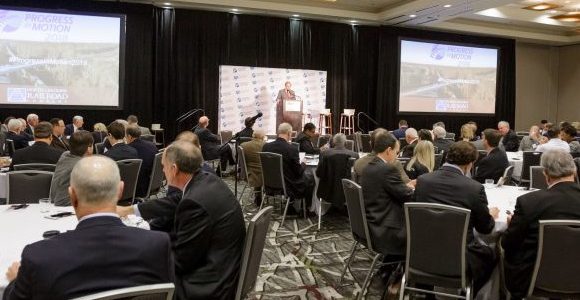 “The 2018 Progress in Motion Rail Forum, is a unique event that brings nearly 300 people together to discuss the role rail infrastructure can play in increasing our state’s economic competitiveness,” says North Carolina Railroad Company President, Scott Saylor. “For nearly two centuries, the North Carolina Railroad has continued to fulfill its purpose of economic development and we value any opportunity to feature and discuss rail’s impact on job growth in North Carolina.”

Chairman of the NCRR Board of Directors, Michael Walters welcomed the nearly 300 attendees to the event.  Ben Kinney, Publisher of Business North Carolina Magazine, moderated the Forum, which included presentations from rail industry analysts, case studies of rail-related economic development projects, and breakout sessions focused on rail-site readiness as well as collaboration between railroads and the municipalities where they are located. 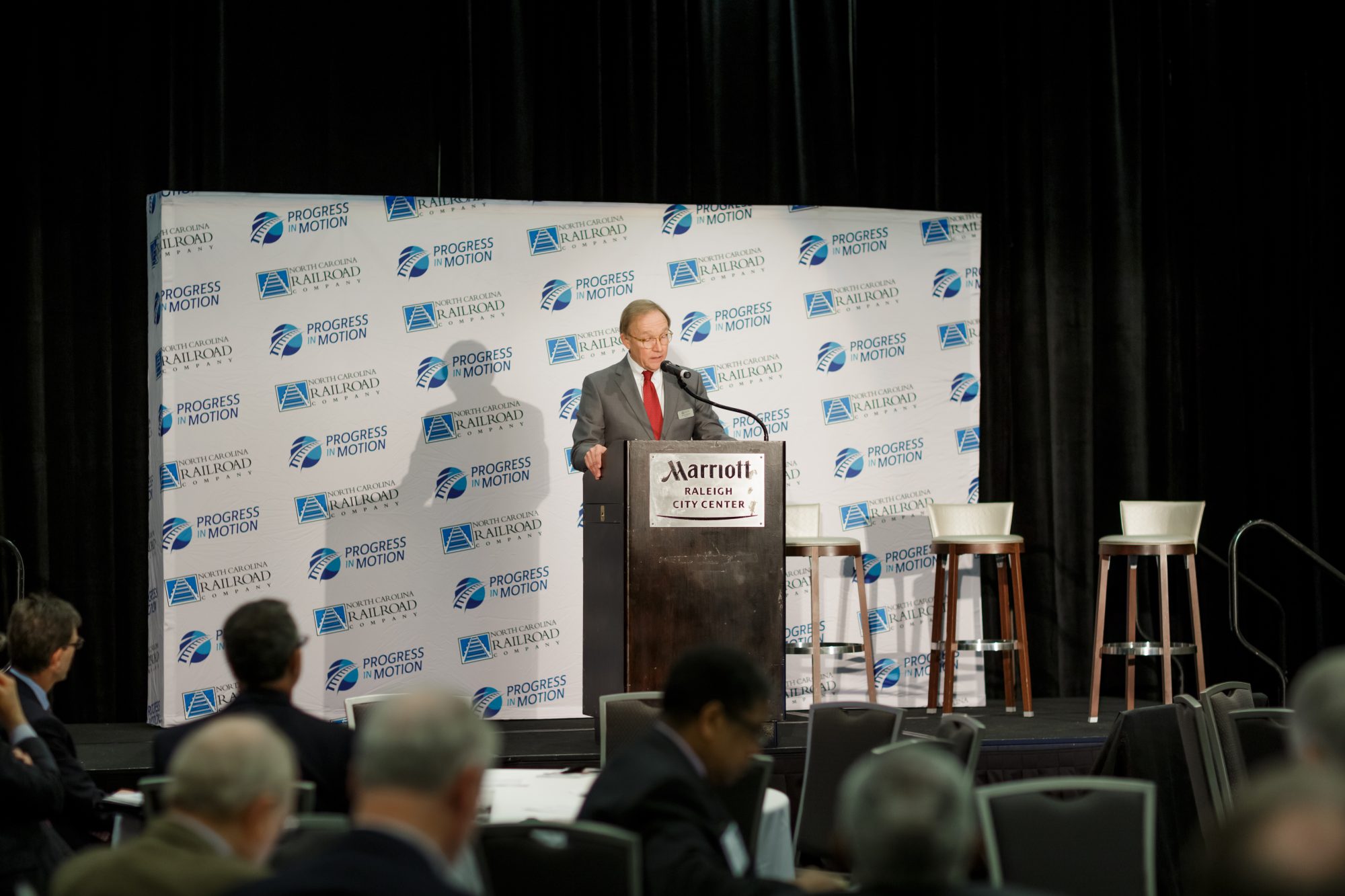 Chairman of the NCRR Board of Directors, Michael Walters

Nationally recognized rail industry analyst and president of ABH Consulting, Tony Hatch, provided the opening keynote address and shared insights into the current state of the rail industry.  The Forum also featured an update on NCRR Invests, the North Carolina Railroad Company’s economic development initiative.  Since launching in 2016, NCRR has been a partner in eight economic development announcements for new or expanding rail-served businesses in North Carolina.  During the Forum, Jason Semple with Martin County Economic Development Corporation and Craig Goodson with Davidson County Economic Development Commission shared their experiences recruiting Weitron and EGGER Wood Products to their respective counties and how North Carolina’s ability to meet the companies’ rail infrastructure needs impacted the projects.

Christopher Chung, CEO of the Economic Development Partnership of North Carolina offered the lunch address. “The North Carolina Railroad represents a truly unique competitive advantage for our state,” says Chung.  “They are a key partner in our ability to successfully recruit jobs and industry, and their support and engagement are indispensable to local, regional and state economic development efforts across North Carolina.”

In his closing remarks, Saylor noted that it is an exciting time for infrastructure and the important role rail plays in the recruitment and retention of business and industry in the state. “The North Carolina Railroad Company is proud to be one of many partners working together to ensure that North Carolina has a clear competitive advantage in landing rail-served projects.”

About the North Carolina Railroad Company

NCRR Invests provides assistance to companies that require the state’s freight rail opportunities and create jobs by locating or expanding their business in North Carolina.  The goal of NCRR Invests is to drive job creation and economic growth.

Big news! 2022 was a record-breaking year for passenger rail in NC. Trains carried a record 522.5k people, surpassing the pre-pandemic record from 2014 of 481.5k travelers. We're excited to see more people using such a great resource in our state! https://www.newsobserver.com/news/local/article271329097.html