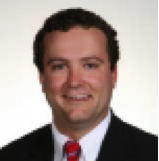 RALEIGH, N.C. – October 7, 2014: The North Carolina Railroad Company (NCRR) Board of Directors has elected Franklin Rouse Jr. of Leland as Board Chairman, and Robert (Bob) Brown of High Point as Vice Chairman. Mr. Rouse succeeds Duane Long of Raleigh, who served as Chairman since 2013.

Mr. Rouse is an active member of the North Carolina business community, and serves on the NC Museum of History Associates Board of Directors. He is a graduate of North Carolina State University, and is president of Rouse Insurance Agency, Inc. of Leland.

“It is truly honor to be elected to serve as Chairman of the Board of the North Carolina Railroad Company,” Mr. Rouse said.

Senate President Pro Tem Phil Berger elected Mr. Rouse to the NCRR Board in June 2011. In September 2013, Mr. Rouse was elected Vice Chair of the Board, and concurrently served as Chairman of the Strategic Planning and Economic Development Committee. “The North Carolina Railroad Company has been helping shape North Carolina’s economy for 165 years,” said Rouse. “I look forward to working together with the Board, President Scott Saylor and NCRR management team to develop and manage our 317-mile corridor in ways that create jobs, help grow the economy and maximize its value to the people of North Carolina.”

Robert J. (Bob) Brown of High Point, will take over as Vice Chair of the NCRR Board. Governor McCrory elected Mr. Brown to the NCRR Board in July 2013. He is Chairman and Chief Executive Officer of B&C Associates, Inc., a management consulting, marketing research and public relations firm headquartered in High Point that he founded in 1960. He is also the Chairman of B&C International, Inc., and President of International BookSmart Foundation. Brown has also served several corporate boards, including Duke Energy, Wachovia and AutoNation.

Big news! 2022 was a record-breaking year for passenger rail in NC. Trains carried a record 522.5k people, surpassing the pre-pandemic record from 2014 of 481.5k travelers. We're excited to see more people using such a great resource in our state! https://www.newsobserver.com/news/local/article271329097.html